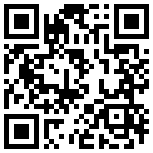 We chose this festival because there isn’t a lot of information about it and we wanted to know more about it. We wanted to learn about Qingming customs and history. For example: We want to learn why and when it was first celebrated. We are interested by the Chinese literature and culture.
In this work we will find out about all the subjects we mentioned before.

ID Card
Qingming is a Festival that takes place in China. Its translation to English is “Tomb Sweeping Day”.

It takes place on the 104th day of the winter, which is the beginning of the spring in China. Every year it falls between April 4-6th.

It is a traditional Chinese holiday, so it’s celebrated by the Chinese people all over China.

In this festival, people go to the cemeteries to offer gifts to their ancestors and sweep the tombs of the deceased. People also plant trees in this time of the year (winter-spring).

The items that are used in the Festival are kites, brooms and trees.

It is said that the Qingming Festival began in 636 B.C. It began in North China. This holiday was set up to memorialize Jie Zitui, a man of loyality. He proved his loyality during the Spring and Autumn, year 636 B.C.
He helped his lord when his lord’s crown and power were weak. When his lord’s power was restored, Mr. Jie refused to accept a position his lord offered to him. He escaped with his mother to a mountain. His lord set a fire to try to force him out, and then to force him to accept the position. Mr. Jie and his mother died in the fire. To commemorate Mr. Jie, his lord set aside the day he died as the original Qingming Festival. Every year since then, the Chinese people celebrate Qingming Festival.

My Loved One / Du Mu

All I think about is you
About the way you are
If I am separated from you
It will be like my life has ended.

When you left me forever
I felt lost and confused
The sorrow and sadness
Are eating me from the inside
You will never be replaced
Oh my dear loved one.

And now I mourn every second
About the huge painful loss
I feel empty inside
And don’t know what to do
I know that you will never come to me
But I will come to you.

The reason we chose this poem is that one of the customs of Qingming is to write poem to the lost loved ones and we wanted to identify with that custom.
Du Mu wrote this poem for his wife who died from a common disease.

Our Poem
My Little Child / Ran and Daniel

No one thought it will happen to me too
From all the people
God took only you.

The whole village is under disease
But nobody died
No one is here, but I can see your body lying on the ground
I can see you, but only in my mind.

I can still see you, my little child
You never escape my thoughts,
You are happy
You are running in the fields of wild.

Deep inside me I know you will never come back
I will never see you again
I cannot stand it anymore
It’s like a punch that smacks and smacks.

Its all going to end
Right here and now
I’m going to die
Good Bye, My little child

We wrote this poem because we wanted to write a poem similar to the Qingming custom.

We learned a lot about the holiday; First, we learned it exists. We also learned how to find information and resources or Chineses subjects in English! We now know how to write a project.

We learned about the customs, the literature and the reason why it is celebrated. Our research questions were answered in this work. For example: Qingming Festival is celebrated to memorialize Jie who was loyal to his nation.

Our grammer and writing abilites were very improved.
There are only few resources about Chinese holidays so it was very hard to write the work. Most of the information we found was from Chinese websites, translated to English, so it was hard to understand it.

Our main sources and information websites: